Frei Otto was named this year’s Pritzker winner shortly after he passed away on March 09, 2015. For the first time, the Pritzker Award Laureate was named posthumously. A long-due nomination to acknowledge the scientific and artistic work of one of the pioneers of light construction. Traditionally, every Pritzker Laureate holds an acceptance speech – a personal statement on how they relate to Architecture and what they stand for.

Frei Otto is the sole Pritzker Laureate to never present an acceptance speech, though his body of work is more of an eloquent statement.

” In this century alone, we have Frank Lloyd Wright, Le Corbusier, Lutyens, Mies van der Rohe, and our young architects may be better than them. ”

“Nostalgia is the poetic awareness of our personal past, and since the artist’s own past is the mainspring of his creative potential, the architect must listen and heed his nostalgic revelations.”

“The `high architectural aspirations’ achieved in some of our earlier projects were in a sense accidents—the clients were not necessarily expecting a work of art in addition to a well functioning building—but they got buildings which have ever since been overrun with hordes of architectural students pounding through, something the users didn’t anticipate or now appreciate.”

“That Architecture is an art we have the evidence of history; that it is an art in our time we cannot yet judge.”

“The chase for the new, from the singular perspective of style, has too often resulted in only the arbitrariness of whim, the disorder of caprice.”

“My goal is presence, not illusion.”

“As an architect, I am responsible to the needs of man and society.”

“I don’t overestimate the influence of architecture on people, but I am sure that the physical alienation of our cities contributes to our inability to live together harmoniously.”

“The development of so-called “intelligent buildings” is a natural consequence and today’s society will demand that whole districts and cities themselves become “intelligent” in the same way as the individual buildings.”

“First were the thick stone walls, the arches, then the domes and vaults—of the architect, searching out for wider spaces.”

“Architecture is a small piece of this human equation, but for those of us who practice it, we believe in its potential to make a difference, to enlighten and to enrich the human experience, to penetrate the barriers of misunderstanding and provide a beautiful context for life’s drama.”

“I have always felt that my architecture is timeless.”

“The various circumstances that surround architectural commissions, with their stigmas of specialization led me until recently to project above all—in a fragmentary way—the urban tissue made of apparently banal elements that shape the majority of the area of any city or territory.”

“Having witnessed personally this transformation from a garden city to an industrialized city within the span of a mere fifty years, Tokyo presents for me a rich mental landscape at an almost surrealistic level.”

“And because architecture is a public art, architects, unlike other artists, do not enjoy complete personal creative freedom.”

“My hope has been and continues to be, not only to solve realistic problems, but also to pursue the ideal by overlaying speculative imaginings.”

“My most important journey was perhaps into the past, in the confrontation with the Middle Age, when I built a museum among the ruins of the Bishops’ Fortress at Hamar.”

“Architects have to live on the frontier, and every so often they have to cross it, to see what is on the other side.”

“But looking back with the perspective of nearly fourty years, I can see that our practice has been inspired by these polarities of action and research, which means trying to ask the right questions with an insatiable curiosity about how things work, whether they’re organizations or mechanical systems.”

“Fifty years ago, the architectural scene was not about a unique individual, the genius, but about the group, the movement.”

“Paradoxically, the box, conceivably the simplest and most basic architectural shape had acquired the value of its own like a stylistic device And that was exactly what we always tried so assiduously to avoid.”

“I have always believed in the act of discovery rather than creativity.”

“From practicing in a small Nordic country with little possibility of working outside Denmark, even
though inspired by a multitude of other persons and cultures, he experienced that the world suddenly
opened to him in a way, unheard of at the time.” (Jan Utzon speaking on behalf of his father, 2003 Pritzker Laureate)

“Studying the revolutionary Russian work I realized how Modern architecture built upon the break-through achieved by abstract art as the conquest of a previously unimaginable realm of creative freedom.”

“I am captivated by what emerges and develops from the smallest piece of information as it absorbs the huge number of realities that come to impact it.”

“We must have an awareness of our human dimension, the dimension of human beings who are part of nature and architecture, and who are linked to the establishment of space vis a vis nature.”

“I have always believed that a humane and progressive architecture is one that creates beauty out of
function.”

“To me, one of the missions of specific architecture is to complete, to re-orient, to diversify, to modify
and to imagine what the generic architectures can never imagine: the lifetimes to which they will give
shelter. “

“And then comes the really hard task when I have to take care that nobody destroys my first image.”

“Looking back, one of the major projects that defined our direction was the design for the 21st Century Museum of Contemporary Art in Kanazawa.”

“What we needed was a clear, simple and pragmatic language to rebuild the country and a culture – nothing better than the “forbidden” Modern Movement to step up to that challenge.”

“In all of my architectural design activities I have constantly asked myself the following questions: How can an architecture founded on craftsmanship survive in today’s world?”

“My work has always been about tearing down this wall that separates modern architecture from nature and the local community, in order to create architecture that is open to both.”

“I believe that even the temporary structures have to be beautiful and comfortable.”

” Throughout his life, Frei Otto has produced imaginative, fresh, unprecedented spaces and constructions. He has also created knowledge. Herein resides his deep influence: not in forms to be copied, but through the paths that have been opened by his research and discoveries. His contributions to the field of architecture are not only skilled and talented, but also generous.For his visionary ideas, inquiring mind, belief in freely sharing knowledge and inventions, his collaborative spirit and concern for the careful use of resources, the 2015 Pritzker Architecture Prize is awarded to Frei Otto.” Jury Citation 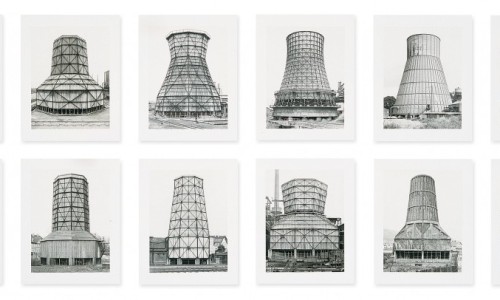 Variations and local comparisons The term Small Multiples was introduced and popularized by Eduard Tufte, [...] 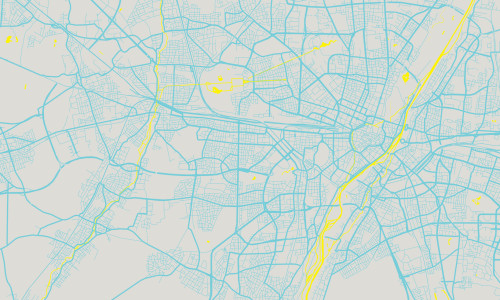 We refer to the process of making urban data visible, accessible and actionable as Data [...]