2014 promises to be an exciting year for Earth Observation. From monitoring urban dynamics such as traffic patterns; urban sprawl or changes in land use, to the support of decision-making and planning processes for humanitarian crisis and emergency respond – the applications of remote sensing are wide.

“The world’s first near-live HD video feed of Earth, from space.”; “The largest constellation of Earth-imaging satellites ever launched.”; “The world’s first commercial high-resolution, HD video from space” – These are some of the exciting bold statements that you might have come across by the end of 2013, when the hype for space commercialization and accessibility was at its peak.

November 2013 saw the launch of UrtheCast‘s cameras to the International Space Station. The two cameras – one high-definition, one medium-resolution – are currently waiting for their installation on the ISS and are expected to start streaming near-live footage of Earth early this year. Once the installation process is over you should be able to watch how the planet changes from space or even subscribe to your favourite spot on Earth and receive real-time notifications as the ISS travels in low orbit: a type of experience, that adds another layer to the meaning of location awareness.

Meanwhile, Planet Labs – a space and analytics company based in San Francisco, is preparing to launch Flock 1 – a fleet of 28 satellites. This would be the largest constellation of Earth-imaging satellites ever launched into orbit. The company’s ambition is to provide open access to unprecedented coverage and frequent imagery of the planet and help inform future humanitarian, ecological and commercial endeavors.

The latest generation of satellites will enable us to image the whole globe at high frequency, producing an unprecedented data set that will unlock huge commercial, environmental and humanitarian value.
Will Marshall, Planet Labs founder.

The resolution is high enough to resolve objects that impact the global economy like shipping containers, while maintaining a level of clarity that does not determine human activity.
Skybox

Satellite imagery has a long history of providing data for modelling urban growth, mapping spatio-temporal dynamics of land use and environmental changes.

For over 40 years the Landsat satellites have continuosly acquired images of the Earth’s surface turning the program’s archive into the “world’s longest continuously acquired collection of space-based moderate-resolution land remote sensing data“. The National Satellite Land Remote Sensing Data Archive holds a record of millions of Landsat images that have captured changes in urban from around the world.

“Over the years of the Landsat program, the desert city of Las Vegas has gone through a massive growth spurt. The outward expansion of the city over the last quarter of a century is shown here with two false-color Landsat 5 images (Landsat 5 TM bands 7,4,2).”

The notorious Landsat 5, that was decommissioned in June, 2013 holds the world record for the longest-operating Earth-observing satellite mission in history. Launched in 1984, the satellite outlasted the initially planned 3-year mission and stayed in orbit for more than 29 years. Landsat 5’s legacy constitutes of about 2.5 million images that documented explosive urban growth in the last decades.

The Immediacy of Urban Planning

From the commercial use of HD live video streams of the planet to the deployment of a plethora of Cubesats by NASA’s ELaNa project (Educational Launch of Nanosatellites) – there’s no doubt about the fact that these are exciting times for space exploration and earth remote sensing. And this fact relates to the future of urban planning as well.

Spatial data collected via airborne sensors and satellite remote sensing are making a significant contribution to the enormous pool of Big data sources that currently serve as a backbone for any urban-related study. And as Michael Batty states it in one of his recent lectures: The shift towards Big Data represents the shift from the longer term to the shorter term where cities are perceived as things that are happenning in the next 5 minutes or 5hours. This immediacy of urban processes is now beeing tracked at a fine-scale spatial and temporal detail and is radically distorting the way we look at planning. 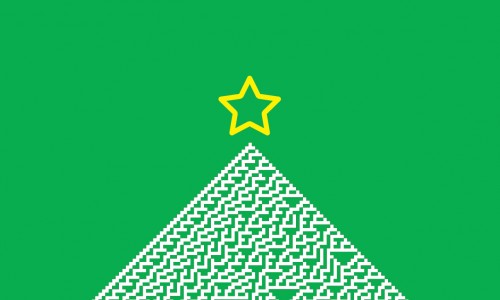 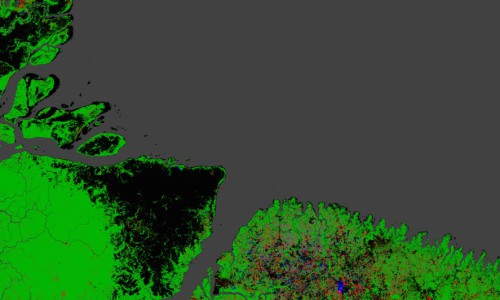